Society is becoming increasingly aware of the problems caused by environmental pollution. Europe’s major cities are introducing measures to curb a problem that is the cause of more than half a million early deaths a year in Europe.

However, far less is known about the types of pollution we are exposed to inside buildings. Places such as the home, office or school, where, according to the WHO, we spend between 80% and 90% of our time. What’s more, these spaces are becoming increasingly airtight due to the rising levels of energy efficiency required by European building regulations in order to save power and reduce the CO2 emissions that are the cause of climate change.

Indoor air pollution is estimated to be an average of 2 to 5 times higher than outdoors. A recent study released by the National Air Quality Testing Services (NAQTS) described homes in the UK as “toxic boxes of air pollution”, with average pollution levels 3.5 times higher inside than outside. The risk pollution poses for our health therefore not only extends beyond our city streets but is also actually crossing our very doorsteps.

Allergens (such as pollen or mites) are the most common forms of pollution found inside buildings, together with damp, gases produced by electrical appliances or heating, smoke, radon gas, the carbon dioxide generated by human breath or that enters interiors in traffic-congested areas, also a source of nitrogen monoxide emissions. 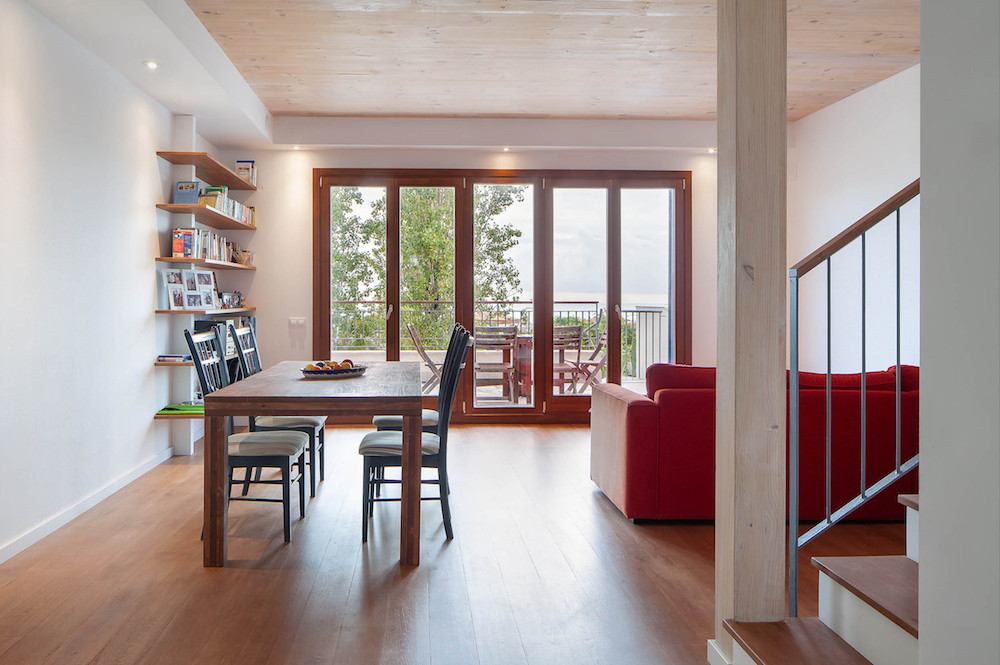 Yet without doubt, Volatile Organic Compounds (VOCs) today comprise one of the most serious risks of all, attracting major attention among researchers.  They consist of minute toxic particles emitted by cleaning products, cosmetics and synthetic materials used in building construction or decoration and can be the cause of respiratory diseases. Research published by the specialised journal Science has warned of the dangers of exposure to VOCs in enclosed spaces, which it claims are “up to ten times higher than outdoors”.

Growing health concerns surrounding building interiors have led to the creation and evolution of alternative building systems such as bioconstruction. Work is also underway on perfecting standards designed to assess building ‘health’. Examples include ‘Well’ (by the International Well Building Institute), which seeks to ensure people’s wellbeing by monitoring healthy indoor environments based not only on the design and construction of buildings, but also throughout their life cycle.

But what exactly do we mean by the term ‘healthy building’?

Essentially, buildings that apart from not representing a risk to the health of those that inhabit them, are also capable of generating a positive impact, providing comfort and a sense of wellbeing. People’s comfort levels are hard to measure, as they encompass a wide range of factors such as temperature, humidity, acoustics, indoor air quality and sunlight.

In such a scenario, wood holds pole position as a building material for healthy buildings due to its proven benefits for our wellbeing.

In short, enjoying good health also depends on the buildings in which our lives unfold. Spaces where a building material such as wood can contribute much to our physical and emotional wellbeing.

This website uses cookies to improve your experience while you navigate through the website. Out of these cookies, the cookies that are categorized as necessary are stored on your browser as they are essential for the working of basic functionalities of the website. We also use third-party cookies that help us analyze and understand how you use this website. These cookies will be stored in your browser only with your consent. You also have the option to opt-out of these cookies. But opting out of some of these cookies may have an effect on your browsing experience.
Necessary Siempre activado
Necessary cookies are absolutely essential for the website to function properly. This category only includes cookies that ensures basic functionalities and security features of the website. These cookies do not store any personal information.
Non-necessary
Any cookies that may not be particularly necessary for the website to function and is used specifically to collect user personal data via analytics, ads, other embedded contents are termed as non-necessary cookies. It is mandatory to procure user consent prior to running these cookies on your website.
GUARDAR Y ACEPTAR 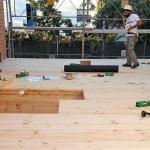 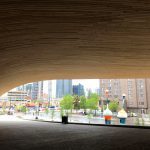 Wood as a regular material in urban architecture